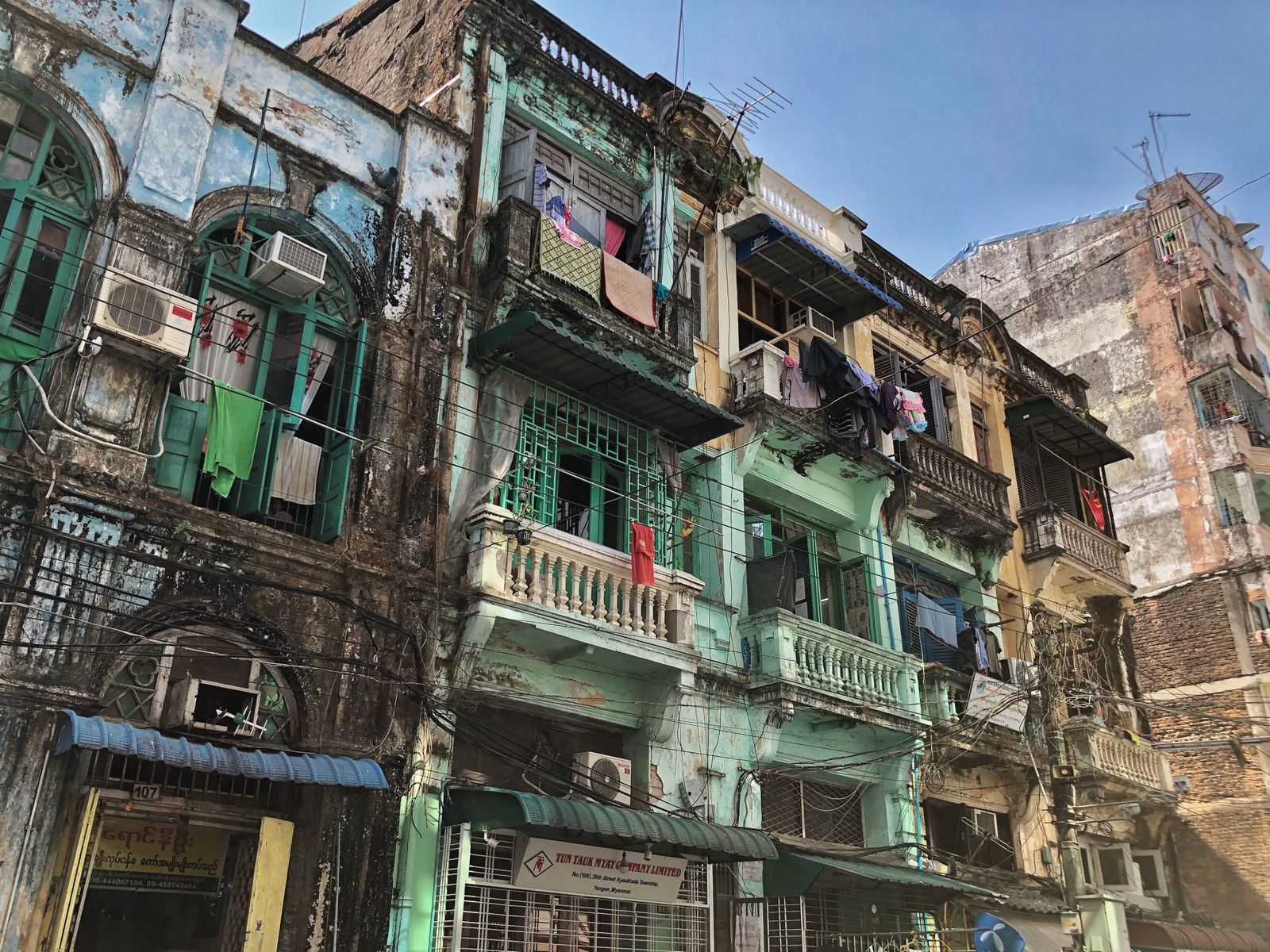 I didn’t really know what to expect from Yangon. Most friends seemed pretty neutral about it and spent maybe a day or two max visiting. I think it's worth at least a few days more, but I love cities in general. As we drove into the city, I realized how modern it was. As Myanmar's largest city and commercial center, it displays a mix of modern skyscrapers as well as old, decrepit, yet extremely beautiful, colonial architecture.

It is immediately apparent how impoverished much of the city is, though you can see signs everywhere that there is growth. Multiple times we stumbled into incredibly trendy galleries, coffee shops and restaurants (side note-- Burmese food is amazing) that really surprised us. And even though there is still political turmoil, with the days of the military junta in the past, hopefully the development will only continue.

Eat:
Oh man, Burmese food is so good. The flavors are intense, oily and heavy. And I love all of those things. If you don't, good luck.

Lucky 7 Tea House - Tea time is Burmese tradition and this place is packed with locals and foreigners alike. Samosas are always good.

Drink:
We didn't really seek out nightlife or drinks while in Yangon, so I'm sure there are local spots we didn't hit up.

The Strand Hotel - Probably the most expensive hotel in Yangon, it's worth stopping by for a drink in this historic colonial building.

Do:
Circle Train - Ride around in the early morning on the Circle Train to witness the everyday lives of the Burmese in transit. Separate post coming.

Thri Mingalar Market - Local wholesale market. It's great for photos and exploring. Wear close-toed shoes and watch out for the rats.

Golden Rock - Take a 2 day trip out to see famous pilgrimage spot. It's literally a Golden Rock and the adventure is more than worth it. Separate post coming also.

Tips:
Uber - Cheap and easy way to get around instead of negotiating with a taxi.

Haggling - While it is not uncommon to haggle, I found that it was less common and less likely to result in much of a discount compared with other SE Asian countries.