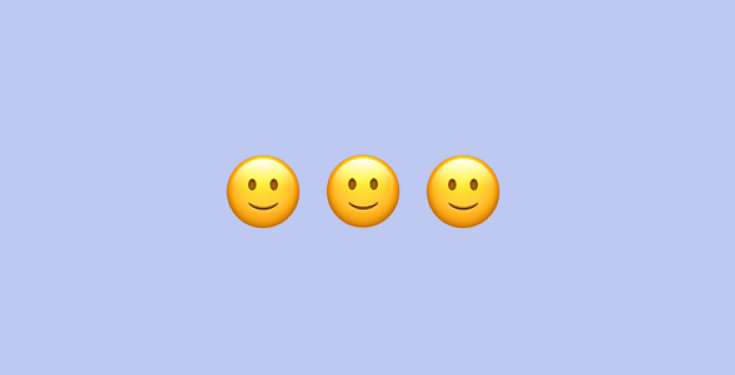 It's the only smile that makes you frown.

Tensions are high and moods are low. It's understandable; everyone is suffering from the pandemic blues. However, the passive aggressive smiley only makes matters worse.

I've witnessed an uptick in inappropriate smiley usage in Slack at work and especially in our flat share group chat. 5 people stuck at home all day long is a lot of time together.

"Somebody needs to empty out the trash. 🙂"

"Isn't this your team's responsibility? 🙂"

"I put the pot in the dishwasher because someone left it out. 🙂"

How many times have you received a similar message and ignored it until you were ready to deal with it?

Why do we feel the need to lighten the mood? We want to avoid conflict. We think by including a smiley, the recipient will understand us, empathize with us, maybe even agree with us.

It's not the case.

Instead, the passive aggressive smiley is fake.

It cheapens your message.

It makes the mood worse.

It's hard to imagine that this lovable yellow blob can cause any harm, but it amplifies the emotion from I hate this message to I hate you.

In a world where everyone is on edge, there's no time for anything that makes things worse.

Next time you feel the need to include a smiley to lighten the tone or come across less harshly, fight the feeling. Don't include it. Your message is better off without it.

Let us all kill the passive aggressive smiley once and for all.