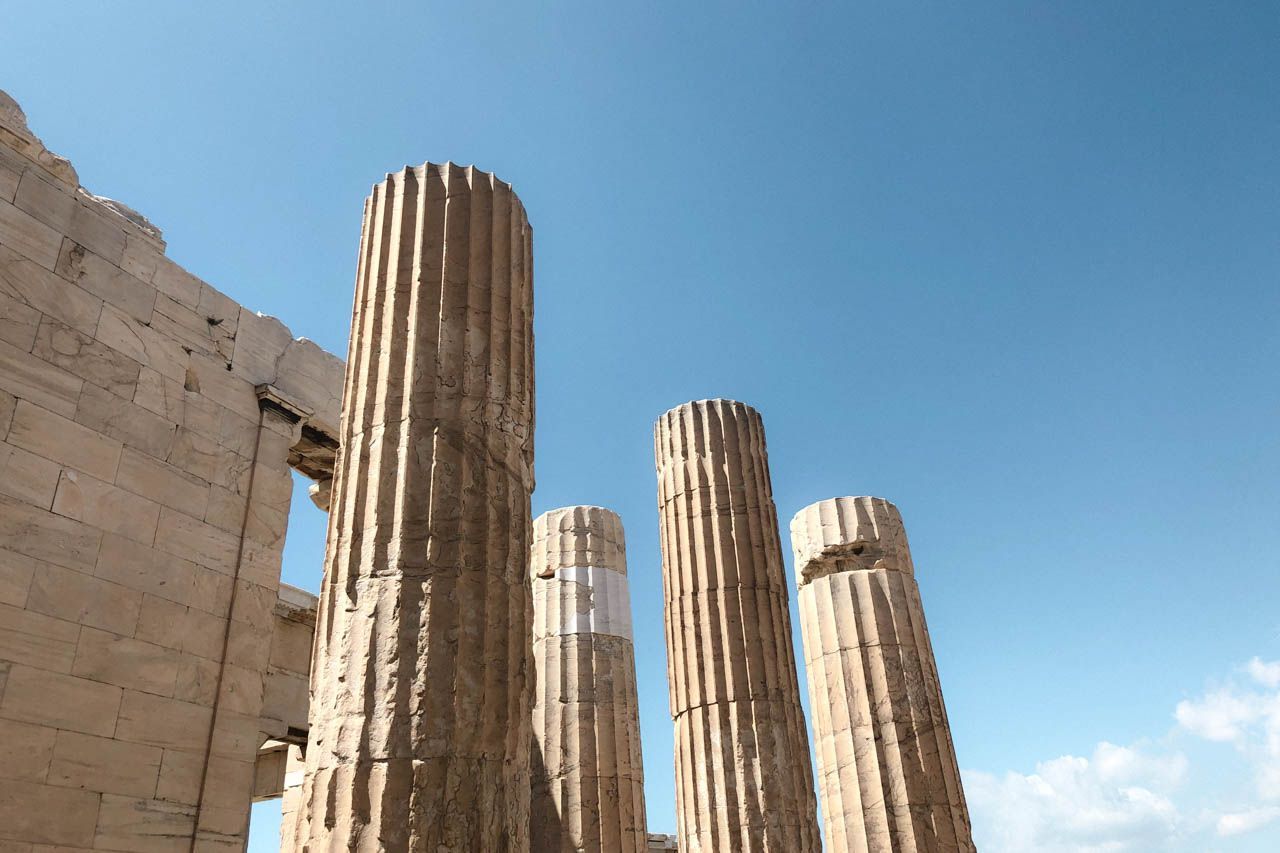 To start, many of the stereotypes are true: Greek people are warm and welcoming, and the food is outstanding. No word on the whole Windex thing, however.

What makes Athens so unique is that few cities offer such a contrast between the old and new. And by old, I mean ancient. Peppered throughout the modern city of Athens are the ruins of Ancient Greece. It's incredible to think that some of the greatest philosophers and archeological achievements date back to the 8th century BC. This is even way before the odd, dark and smelly times of the Black Death and the Middle Ages.

When I first visited in 2011, many shops and restaurants were closed and there were heavy discounts on accommodation due to the economic recession. And while unemployment rates are still around 18%, there are visible signs of recovery. This time, I was happy to see how many people were out and about, eating and drinking at all times. There is no shortage of new and trendy shops, restaurants and bars.

It's easy to get lost in the hustle and bustle of the metropolis. But as you catch a glimpse every now and then of the Acropolis, it's hard not to wonder where humanity would be now if Ancient Greece kept going.

Don't think I forgot about the food. Check out everything I ate in Athens here.

And a short trip to the island of Agistri:

EAT:
Contact me if you are interested in a local food tour as my friend's dad leads an amazing tour. I can vouch for his taste in food!

Mavros Gatos - local Taverna-style setting with the best lamb chops I've ever had.

Six Dogs - A nondescript outside leads to a large outdoor patio area with great music and cocktails.

TIPS:
Acropolis - Obviously worth the visit, go early and expect crowds. It makes sense to go to the Acropolis Museum the day before if you have time so you have more context. I would also recommend buying a Skip the Line ticket (only 4 EUR more).

I bought mine from Tiquets.com for 24 EUR, which was the cheapest available (GetYourGuide was 28 EUR).