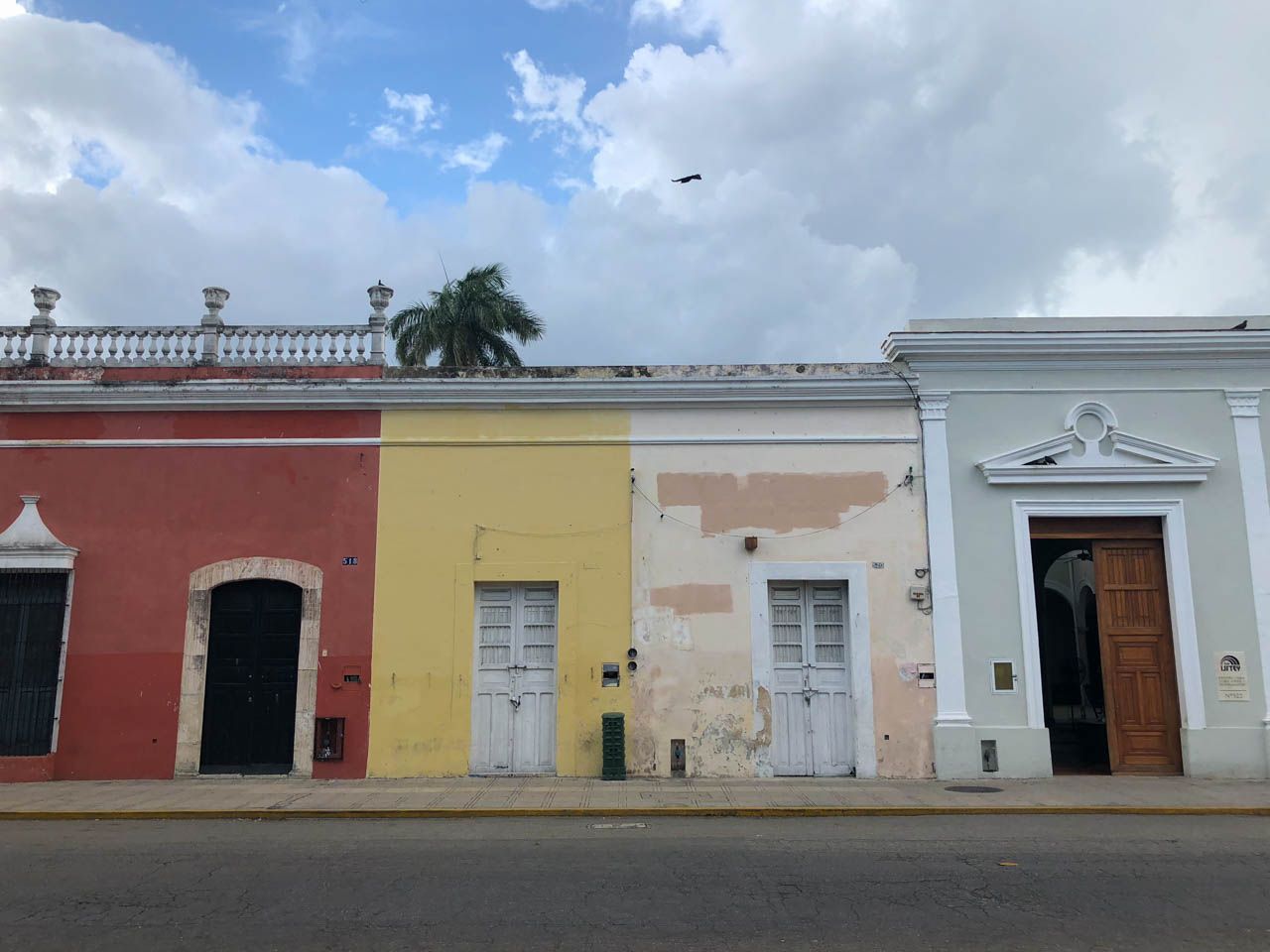 Mérida, the capital of Yucatan, has a great reputation. Constantly billed as one of the safest cities in Mexico, with great food and charming colonial architecture, it's hardly displeasing to anyone. And with the Maya people making up about half of the population, it's a great first stop to explore Mayan culture.

TIPS:
I actually only realized how much there is to do after I'd already planned to only stay 2 nights. If you have the time, I would recommend 3-4 as there are a lot of day trips to take.

EAT / DRINK:
I have to admit in the 2 days I did not explore so much, so I don't have so many recommendations.

Negra Cantina - drinks and music with a large terrace.

Mezcalaria - Hip bar with dancing and food (bars in Mexico always have food).

I also went to Chaya Maya, which is probably the most popular tourist restaurant featuring Yucatan food. It's ok and an easy way to sample Yucatan fare, but I don't feel like it is a must.

DO:
Free Walking Tour: This is not the most exciting walking tour I've ever been on, but it's an easy way to quickly learn about the city and walk through some buildings I probably wouldn't have seen on my own.

Uxmal - Highly recommend this as a day trip. Compared to Chichen Itza, it's a completely different experience as it's not crowded at all. Yes, it's hot AF so go as early as possible.

How to go: Catch the bus from Merida-- it's about 1.5 hours and the first one is usually at 6am, the second at 9am. You can buy a return ticket (136 MXN) or buy one on the way back. The return bus stop is across the street from where you get dropped off.

The site opens at 8am, so the first bus will get you there 30 min before it opens, but I would recommend taking it. We took the one at 9am, and then after we were done we had to just wait around until 3pm for the return bus because the one at 12pm was too early. There are only so many souvenirs you can look at.

Celestun - I skipped out on this because I was planning to see flamingos in Isla Holbox, my next stop. I've heard it's a cool day trip though.

Cenotes - This is what I wish I had one more day to do. There are a few cenotes close by, which are way less crowded than those by Tulum. Here's a pretty good list of what's close by.