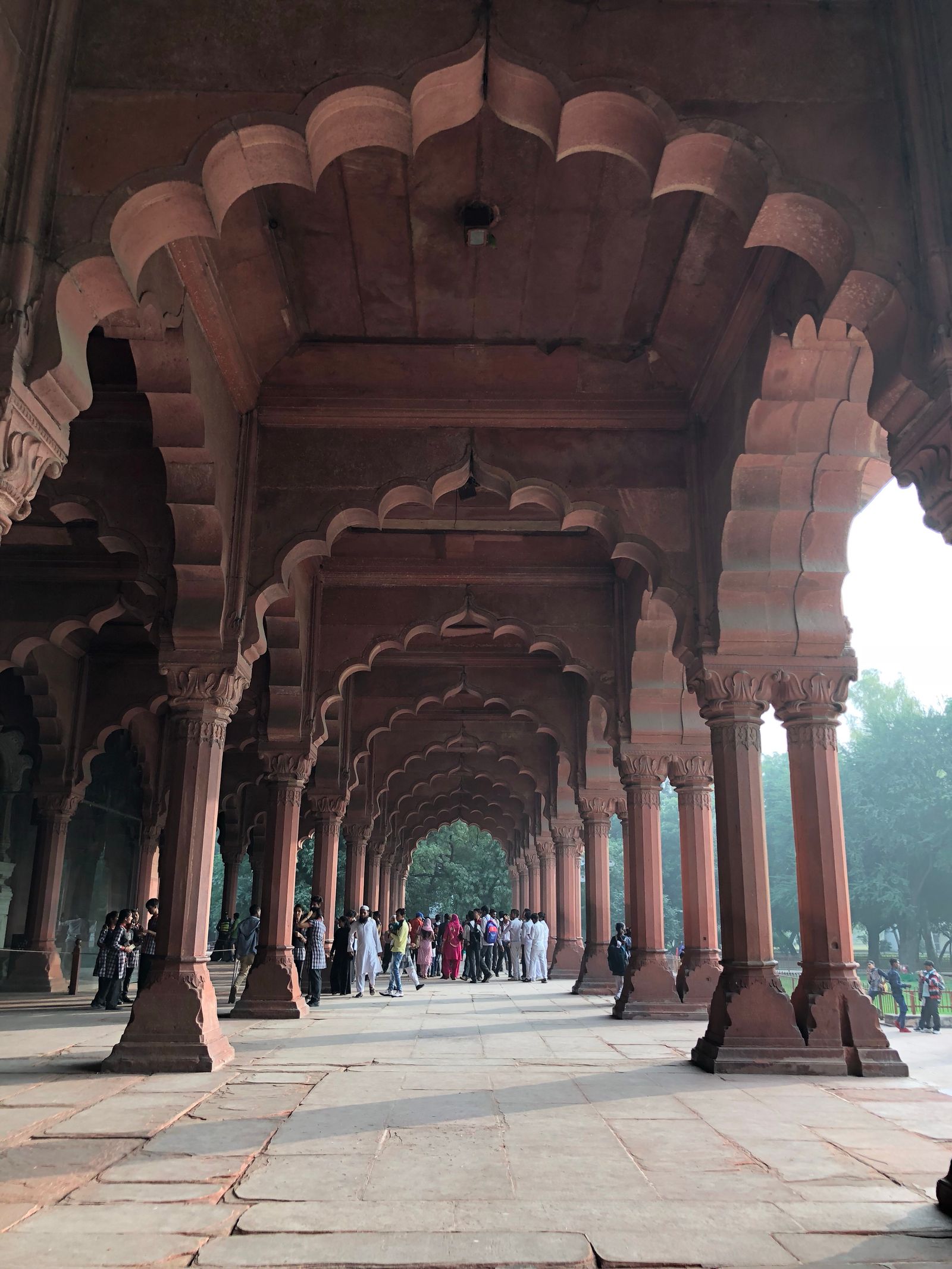 I have to admit I was a bit worried to visit Delhi. Rape capital, rude people, dirty streets, nothing I had heard from friends who visited before was very compelling. Googling made things worse and led me down a rabbit hole of acid attack articles and sexual harassment stories. Everyone, including some friends from Delhi said that two days was more than enough.

We ended up spending three days in Delhi and it was NOT enough. Even despite the insane pollution levels that were worse than Beijing's and so bad that schools shut down during the days we were there, I really liked Delhi and wish I stayed longer. We were very lucky to have a few friends to give us advice/show us around and I know this is a large part of why we had such a positive experience.

I can understand why people hate it; it's crowded, chaotic and can be completely overwhelming. The incessant honking and no lane driving can be enough to turn one away. There are good areas and bad areas and while not everyone is out there to rob or attack you, it makes sense to take the same precautions you would in many parts of the world. And when your attention is not on trying to cross the street without getting run over by a rickshaw/bike/car/other person, you see that the city itself is beautiful. Not to mention the food (BUTTER CREAM CHICKEN!!!) is hands down some of the best food I’ve ever eaten in my life.

In the end, it’s around 22 million people all jammed into one city just trying to live and survive. There’s order in the chaos and that in itself is something worth experiencing.

Aslam’s Chicken - BUTTER CREAM CHICKEN. Best thing ever. Chicken in a butter, cream and yogurt sauce. I love you and will never forget you.

Have More or Gulati's - For the traditional butter chicken, check out one of these places. They're basically next door to each other.

Karim’s - Really good mutton korma. The restaurant now has chains all over India, but the Old Delhi location is the original.

Pandey's Paan - Famous paan shop. Paan is a traditional mouth freshener of dried fruit/nuts/seeds wrapped up into a betel leaf.

Stay around Connaught Place or South Delhi to ease into the chaos.

Uber: We had hour long rides for roughly 200 RS or 3 USD. Ola is also a good option, though most friends recommended Uber over it.

Metro: If traffic is bad, take the metro during the day time. It’s fast and I found it cleaner than Bart or the S-Bahn.

Auto/Rickshaw: make sure you negotiate a price beforehand and that it’s the total price, not per person.

Shopping: You can only guarantee quality at government recognized shops like FabIndia. Otherwise, you will almost certainly overpay, which may still be worth it. Just always bargain down.

Safety: Be wary as you would in many other cities around the world. Keep an eye on your belongings and don’t always take what’s being said at face value. If you’re a solo female traveler, stick to taking Ubers, especially after dark and dress on the conservative side.